Wise Words To Live By! 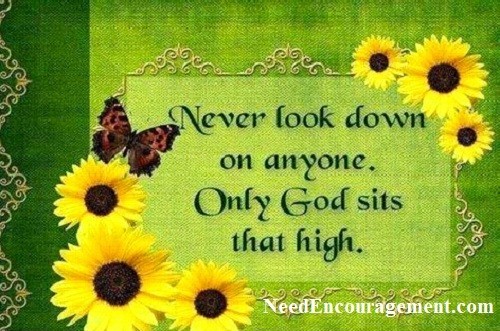 Do not think more wisely of yourself, but rather humble yourself in your efforts to become wiser and more loving. Wise words help you to become more discerning in how you live your life! ~ Bill Greguska

“Life’s most persistent and urgent question is, ‘What are you doing for others?” Martin Luther King, Jr.

Proverbs 3:5-6 Trust in the Lord with all your heart and lean not on your own understanding; in all your ways, submit to him, and he will make your paths straight.

Wise Words To Lift You Up

Have you ever felt as if you were trapped in quicksand – and the more you struggled to get out of it, the deeper you sank into it? I have experienced that myself, and I learned to trust in God. Things began to change for me when I submitted myself to the will of God.

On this page are some of the wisest men and women that have ever lived. These sage people will remind you that we all struggle every once in a while with something. Each struggle is unique in its own way, without exception. These inspirational, wise words will motivate you to keep striving never to give up, even when things look dark.

These wise words below are so powerful that they will encourage you and help give you a new fresh perspective concerning your situation. Wise words of encouragement will inspire you to help keep going when you think you can not take another step and then somehow gain momentum as you persist in pursuing your personal goals with help from these wise words.

Learning from those who emerged victoriously from times of hardship and struggle is perhaps one of the best ways to develop a similar resilience.

Wise Words Of Jesus Christ To Your Live By!

1. Michael Jordan comments about obstacles in life that threaten to stop you from your goals.

“Obstacles don’t have to stop you. If you run into a wall, don’t turn around and give up. Figure out how to climb it, go through it, or work around it.” ~ Michael Jordan

2. John Wooden comments about knowing the difference between the things you can and cannot do.

3. Nelson Mandela comments about things that often seem impossible without having faith.

4. Alexander Bell comments about our focus on the doors that are closed rather than open.

“When one door closes, another door opens, but we so often look so long and so regretfully upon the closed door that we do not see the ones which open for us.” ~ Alexander Graham Bell

5. Les Brown comments about all the many possible missed opportunities we often throw away.

“In every day, there are 1,440 minutes. That means we have 1,440 daily opportunities to make a positive impact.” ~ Les Brown

6. Napoleon Hill comments about adversity that we all face and how to use them for our benefit.

“Every adversity, every failure, and every heartache carries with it the seed of an equivalent or a greater benefit.” ~ Napoleon Hill

7. Theodore Roosevelt comments about the results of attempting to live a life of ease.

“Never throughout history has a man who lived a life of ease left a name worth remembering.” ~Theodore Roosevelt

8. Donald Trump comments about how to keep moving forward by doing what is right.

“Get going. Move forward. Aim High. Plan a takeoff. Don’t just sit on the runway and hope someone will come along and push the airplane. It simply won’t happen. Change your attitude and gain some altitude.” ~ Donald Trump

9. Nelson Mandela comments about how to capitalize on one of the greatest glory in life.

“The greatest glory in living lies not in never falling, but in rising every time we fail.” ~ Nelson Mandela

10. Charles Swindoll comments about how to figure out the formula of what happens in life.

11. Napoleon Hill comments about a straightforward way to attain success in life.

12. Vince Lombardi comments about the importance of believing not only in God but in yourself too.

“A man can be as great as he wants to be. If you believe in yourself and have the courage, the determination, the dedication, the competitive drive, and if you are willing to sacrifice the little things in life and pay the price for the things that are worthwhile, it can be done.” ~ Vince Lombardi

13. Henry Ford comments about the strategy to keep in mind for facing great difficulties that are bound to happen.

“When everything seems to be going against you, remember that the airplane takes off against the wind, not with it.” ~ Henry Ford

14. Thomas Edison comments about one of the most significant weaknesses people often have.

“Our greatest weakness lies in giving up. The most certain way to succeed is always to try just one more time.” ~ Thomas A. Edison

15. Mary Engelbreit comments about changing the things that you don’t like instead of complaining.

“If you don’t like something, change it; if you can’t change it, change the way you think about it.” ~ Mary Engelbreit

16. Mary Radmacher comments about what courage often looks like when you hit a wall.

“Courage doesn’t always roar. Sometimes courage is the quiet voice at the end of the day, saying, “I will try again tomorrow.” ~ Mary Anne Radmacher

17. Helen Keller comments about how character is not developed.

“Character cannot be developed in ease and quiet. Only through experience of trial and suffering can the soul be strengthened, ambition inspired, and success achieved.” ~ Hellen Keller

18. John F. Kennedy comments about his insights about what crisis means.

“When written in Chinese, the word “crisis” is composed of two characters – one represents danger, and the other represents opportunity.” ~ John F. Kennedy

“We must accept finite disappointment, but we must never lose infinite hope.” ~ Martin Luther King

20. Thomas Watson comments about a simple formula for success that many overlook.

“Would you like me to give you a formula for success? It’s quite simple, really. Double your rate of failure. You are thinking of failure as the enemy of success. But it isn’t at all. You can be discouraged by failure, or you can learn from it, So go ahead and make mistakes. Make all you can. Because remember that’s where you will find success.” ~ Thomas J. Watson

21. Dale Carnegie comments about the value of discouragement and failure to get you to where you want.

“Discouragement and failure are two of the surest stepping stones to success.” ~ Dale Carnegie

22. Winston S. Churchill comments about success and failure in life.

“Success is not final, failure is not fatal: it is the courage to continue that counts.” ~ Winston S. Churchill

23. Robert Schuller comments about the importance of doing something great compared to not even trying.

24. Thich Nhat Hanh comments about the importance of learning how to bear difficulties by having hope.

“Hope is important because it can make the present moment less difficult to bear. If we believe that tomorrow will be better, we can bear a hardship today.” ~ Thich Nhat Hanh

25. Corrie Boom comments about wasting time by worrying about everything.

“Worry does not empty tomorrow of its sorrow. It empties today of its strength.” ~ Corrie Boom

26. Ed Sheeran comments about having a positive outlook by looking at the big picture of life.

“Everything will be okay in the end. If it’s not okay, then it’s not the end.” ~ Ed Sheeran

27. Winston Churchill comments about when life seems so very miserable, and you feel like quitting.

“If you are going through hell, keep going.” ~ Winston Churchill

“You cannot swim for new horizons until you have the courage to lose sight of the shore.” ~ William Faulkner

29. Fyodor Dostoevsky comments about people avoiding the temptation of counting their troubles

“Man is fond of counting his troubles, but he does not count his joys. If he counted them up, as he ought to, he would see that every lot has enough happiness provided for it.” ~ Fyodor Dostoevsky

30. Eleanor H. Porter comments about how essential encouragement is for everyone.

“What men and women need is encouragement. Their natural resisting powers should be strengthened, not weakened. Instead of always harping on a man’s faults, tell him of his virtues. Try to pull him out of his rut. Hold up to him, his better self, his real self that can dare and do and win out! People radiate what is in their minds and in their hearts.” ~ Eleanor H. Porter