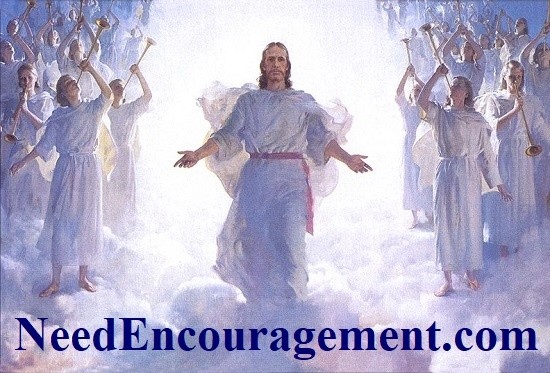 Bible definitions that will enlighten your understanding.

A term referring to the battle between god and evil in the last days. The term itself only appears once in the Bible in Revelation 16:16. “Armageddon” is a transliteration for the Hebrew word for “Mount Megiddo” in northern Israel.

A superhuman intermediary between the divine and human realm. Angels exist in Judaism, Christianity, and Islam. Perhaps the most famous angel is Gabriel, who reveals himself as God’s messenger in the Hebrew scriptures, Christianity’s New Testament and Islam’s Koran. Theological discussions of the nature of angels vary by tradition.

In Christian literature, the Antichrist is an evil figure that deceives people into thinking that he is holy. In the end-times, according to the Christian tradition, Jesus will come back and defeat the Antichrist (Smith and Green 1995: 53). In Islamic eschatology, there also is an Antichrist figure that is depicted in the Hadith as a one-eyed monster from the East who rules the earth for a period of time before Jesus comes to vanquish him.

The catastrophic end-times battle between good and evil, in which good will triumph over evil. The Greek term refers to “hidden things.” The most famous apocalyptic literature is the Book of Revelation at the end of the New Testament. In contemporary usage, the apocalypse has been popularized by Tim LaHaye’s Left Behind series of Christian novels.

The rite of applying water to a person, usually marking his or her entrance into the Christian church. It appears to have derived from John the Baptist in the first century CE, although some scholars believe that the act was inspired by the ritual ablution of the Jewish Essenes. Churches and denominations are divided on whether baptism literally or symbolically washes away sin.

The belief that the Bible is without error, in terms of theology, ethics, history, geography, and science. This is common in Christian fundamentalism, as opposed to evangelicals who typically have a less strict view that the Bible, and instead simply believe that the Bible is the inspired word of God.

Also known as Reformed theology, Calvinism is a Protestant theological tradition based on the works of John Calvin (1509-1564). Calvin believed in the absolute sovereignty of God and the total depravity of humans. Calvinism also includes the doctrine of double predestination: the belief that God fated every human being, before birth, to either heaven or hell.

Christians who stress spiritual gifts described in the New Testament, such as speaking in tongues and healing. Before 1960, this phenomenon was closely associated with the Pentecostal tradition (see Azusa Street Revival), but since then it has become a more general term that emphasizes the presence of the Holy Spirit, without a specific denominational affiliation.

The belief that the creation account of Genesis, the first book of the Bible, is historically and scientifically correct. This has led to some confrontation with proponents of Darwinian evolution, most notably in the infamous Scopes Trial of 1925 in Dayton, Tennessee. More recently, former creationists have advocated Intelligent Design instead of creationism to counter evolutionary claims

A cross bearing the figure of Christ. It is often used to represent the suffering of Christ. It became an important image for devotional purposes in the Middle Ages. Still, it was viewed as idolatry by many Protestant Reformers, which is why many Protestant churches prefer the symbol of a cross without Jesus on it.

Condemnation to punishment in the afterlife for sins committed while alive. This is said to occur on judgment day, and the eternal abode for the damned is hell.

A Christian theological view that divides history into several periods, or dispensations. God’s plan for salvation differs according to the dispensation.

Dogma is understood as a principle component of a religious ideology that is non-disputable. The Greek word is “dokeo,” which means “appears.” Dogma is particularly found in Roman Catholicism, explicitly stated in ecumenical councils or by the pope. In a non-liturgical setting, it has a pejorative connotation. In the context of the Catholic Church, the Nicene Creed contains dogmata.

A Christian holiday commemorating the resurrection of Jesus Christ three days after his crucifixion. It is known as “Pascha” by Orthodox Christians.

The belief that the world is coming to an end and God’s kingdom will be established.

A movement in Protestantism emphasizing one’s relationship with Christ, the inspiration of the Bible, and the importance of sharing one’s faith with non-believers. Evangelical Protestantism is usually seen as more theologically and socially conservative than Mainline Protestantism, although there is variation between denominations, congregations, and individuals within the “evangelical” category

The Christian practice of sharing the gospel of Christ with non-believers. This term comes from the New Testament Greek word “euangelizomai,” which means “to proclaim the good news”

The process of driving out demons/evil spirits from human beings. The practice dates back thousands of years prior to the Common Era and across various societies. Physical and mental illnesses were indistinguishable from one another, as diseases and mental instability represented the presence of unappeased spirits according to pre-modern civilizations. Priests served the role of “physicians” and attempted to drive out evil spirits causing the diseases through incantations and healing rituals (Koenig, King, and Carson 2012). Exorcisms began to decrease with the advent of modern medicine and a better understanding of the origins of diseases/illnesses.

A term usually limited to the Christian practice of restoring health by means of prayer, divine power, or the intervention of the Holy Spirit.

1) A movement of Protestants embracing similar beliefs as evangelicals, although usually in a more conser