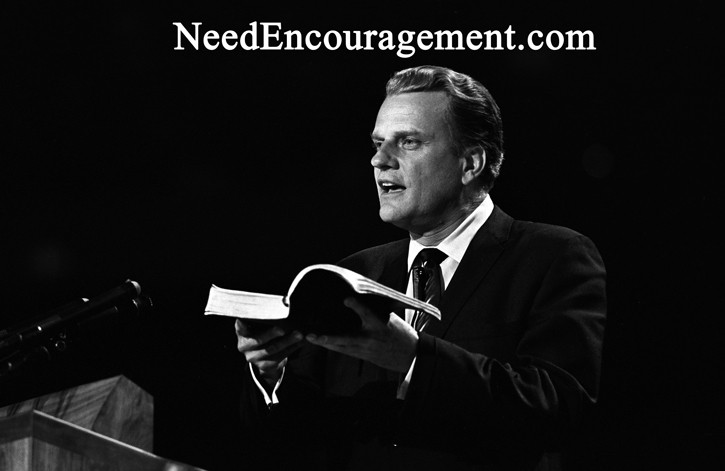 Pastor Billy Graham has led hundreds of thousands of people to Jesus Christ for almost seven decades, just passed away on 2-21-18, and now is with the Lord in heaven! Here are some encouraging scriptures in connection with Billy Graham.

Please contact us if you have any questions or comments?

Being a Christian is more than just an instantaneous conversion – it is a daily process whereby you grow to be more and more like Christ. ~ Billy Graham

John 3:3  Jesus replied, “Very truly I tell you, no one can see the kingdom of God unless they are born again.”

Billy Graham And His Impact On The World!

Billy Graham And His Impact On Us!

Billy Graham has been preaching for almost seven decades!

Why has Billy Graham been pointing people to Jesus Christ for almost seven decades? I am amazed at how he has been given the gift of evangelism and preaching.

We have been blessed to have had Billy Graham sharing the gospel with the entire world for all of these years!

There are many great preachers and teachers of God’s word, but I would have to say that, in my own humble opinion that Billy Graham was one of the greatest.

He has been a blessing to have reached the most people in almost seven decades of his ministry. I thank God for how He used Billy Graham all of those years! ~ Bill Greguska 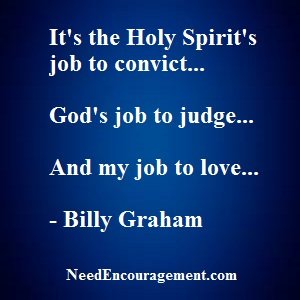 Billy Graham has been a significant impact on the world for Jesus Christ!

Billy Graham attended a tent revival service in Charlotte, N.C., Where he heard the evangelist Mordecai Ham speak. The following is his account of what happened: I became deeply convicted of my sinfulness and rebellion — and confused.

How could this evangelist be talking to me, of all people? I had been baptized as a baby, had learned the Shorter Catechism word perfect, and had been confirmed in the Associate Reformed Presbyterian Church with the full approval of the pastor and elders. I had gotten into mischief once in a while, but I could hardly be called wicked.

Having resisted temptations to break the moral code my parents had so strictly instilled in me. Being a good milker in the dairy barn and never complained about any of the dirty work, such as shoveling manure. I was even the vice president of my youth group in our church (although granted, it wasn’t a particularly vital organization).

I asked why the evangelist would always be pointing his bony finger at me. What was slowly dawning on me during those weeks was the sad realization that I did not know Jesus Christ for myself. Romans 10:9-10, I could not depend on my parents’ faith.

Christian influence in the home could have a lasting impact on a child’s life, but faith could not be passed on as an inheritance, like the family silver. It had to be exercised by each person individually.

Jesus Is Going To Come Back Soon!

Billy Graham Could Not Depend On His Resolution To Do Better.

I consistently failed in my efforts at self-improvement. Nobody needed to tell me that. As a teenager, what I needed to know was that I was right with God. I could not help but admit to myself that I was purposeless and empty-hearted.

Our family Bible reading, praying, psalm-singing, and churchgoing—all these had left me restless and resentful. I had even tried, guiltily, to think up ways of getting out of all those activities as much as I could. In a word, I was spiritually dead.

No Bells Went Off Inside Me.

There were no signs flashing across the tabernacle ceiling for Billy Graham. No physical palpitations made me tremble. I wondered again if I was a hypocrite, not to be weeping or something. I simply felt at peace. Quiet, not delirious. Happy and peaceful.

Parts of this story are excerpted from Billy Graham’s autobiography (Just As I Am).

Here are some helpful links:

Billy Graham Encourages Us That Life And Time Are Short!

Scriptures Are The Best Encouragement You Can Find To Live By!