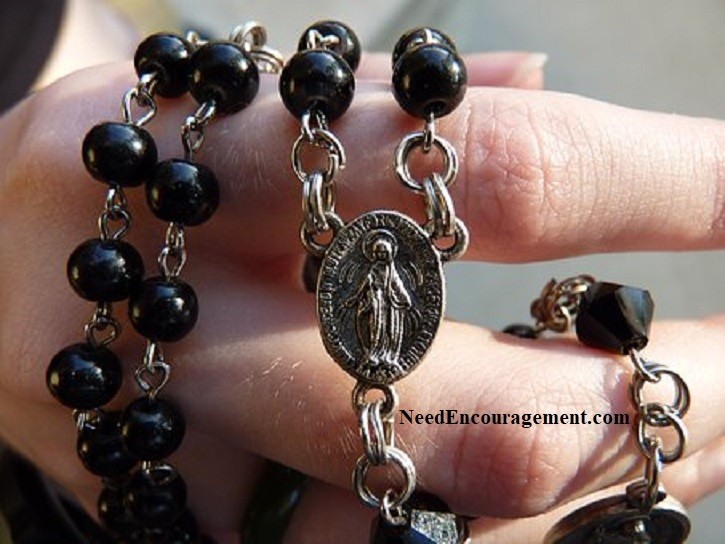 Please contact us if you have any questions or comments or want some encouragement.

The Protestant Reformation came about in a similar way that I realized that the well-meaning Catholic church was adding to the word of God, which overlooked what Jesus did on the cross by directly stating what Jesus did was not enough. That is why I when to a non-denominational Protestant church instead; when I was about 20 years old, Jesus and Christianity started to interest me since I knew I was a sinner and needed God! ~ Bill Greguska

Romans 3:4 Not at all! Let God be true, and every human being is a liar. As it is written: “So that you may be proved right when you speak and prevail when you judge.”

Protestants Or Catholics? The Choice Is Yours!

The chart below compares what religion stands for versus what Christianity stands for.

The Catholic Faith Tend To Focus On Works!

I was raised in the Catholic church when I was born and baptized. I had Godparents, went to Catechism, went to Catholic grade school, and Catholic high school was an altar boy. I was thankful to have been raised Catholic faith at the time until I learned more about God, Jesus, and the Bible.

Read the Bible for yourself, and you will understand why I am saying what I am saying. I do not have anything against Catholics or anyone. Still, when I took a closer look at my Catholic faith, I discovered the Catholic church was adding to the Bible, and not accepting what Jesus Christ did on the cross was enough to save us from our sins!

The teachers and nuns cared more than public school, which I attended from kindergarten until 3rd grade. (discipline in the public school was not sufficient), yet in the Catholic school, the standards were higher, and there was a general atmosphere of godliness around, even though later on in life, I realized their doctrine was not quite right. Watch the videos and read more below to learn more about the Catholic religion.

Catholic Is A Works Based Man-Made Religion

I learned that being Catholic was a works-based man-made religion, compared to the Protestant faith, which is faith-based on a relationship with God and his love and grace. The Catholic church attempted to point me to God, yet there were many other things I had to do that were not mentioned in the Bible. (added to God’s word, which is all we need)

An analogy would be if someone who likes to be healthy and drink a protein drink would be something healthy, but if someone added something “bad or not good” to the protein health drink, it would no longer be useful for you. (just like with the Catholic church, some of the things they practice are not according to the Bible, which pollutes the Bible from being pure and good for you.

I Know That Many Good People Are Both Catholic And Protestant!

Many wonderful Catholic people in the world do loving things for others, but they do not realize that Jesus Christ died on the cross and paid for our sin debt was sufficient. We only need to do what the Bible says in Romans 10:9. If you declare with your mouth, “Jesus is Lord,” and believe in your heart that God raised him from the dead, you will be saved.

Protestantism is more a definition of the group of churches that broke off from the Roman Catholic Church during the sixteenth century rather than a religion in and of itself. All protestant churches can trace their roots back to the protestant reformation initiated by Martin Luther when he wrote his 95  Theses and nailed it to the Wittenburg Church’s door. Following his questioning of the Holy Roman Empire, others started questioning their authority and beliefs. The more notable figures were John Calvin, Zwingli, Thomas Cranmer, and John Knox.

Protestant Or Catholic? The Bible Makes It Simple!

The term “protestant” was initially meant to denote someone who was “a witness” rather than someone “against” something. Most early protestant figures saw themselves as trying to correct problems within the Roman Catholic Church. Rather than trying to rebel against it.

The fundamental beliefs that emerged during the protestant reformation. They eventually were summarized in what is called the Five Solas or five Latin phrases. These five phrases in English translate to, by grace alone, by faith alone, Scripture alone, Christ alone, and Glory to God alone. They were meant to show how the Catholic Scripture had distorted the message of justification and salvation in Jesus Christ.

Today there are about 590 million Protestants throughout the world. They cover all continents and nations. Nearly 27% of all Christians today are Protestants.