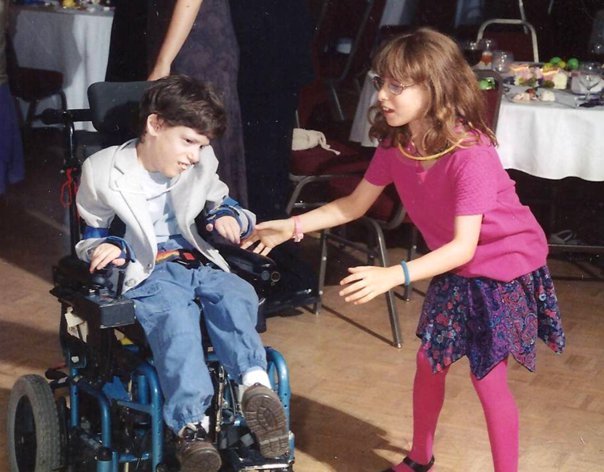 Please contact us if you have any questions or comments?

I use my Dynovox talking machine to talk to others about how I feel and what I am thinking about. I have a good life, and I love my family, and my family loves me! ~ Ben Hersh

I had the privilege to be Ben Hersh’s caregiver for 7 1/2 years. Taking care of someone for that long, a bond and friendship occur. Ben lived 35 years with Cerebral Palsy, but his attitude was terrific; he had a great sense of humor and was very perceptive and wise! In the photo on the right, Ben Hersh was dancing with his sister Sylvia at their brother Murray’s bar mitzvah at about age ten, bouncing around in his power chair. Ben Hersh is now dancing in heaven as of 12-20-18 ~ Bill Greguska.

Ben Hersh Had A Great Mom And Dad, Family, And Friends To Help Him Along The Way!

Incredible Love For His Son With Cerebral Palsy! Another Fantastic Story Team Hoyt

Here Are Some Helpful Links:

Do You Have A Disability? 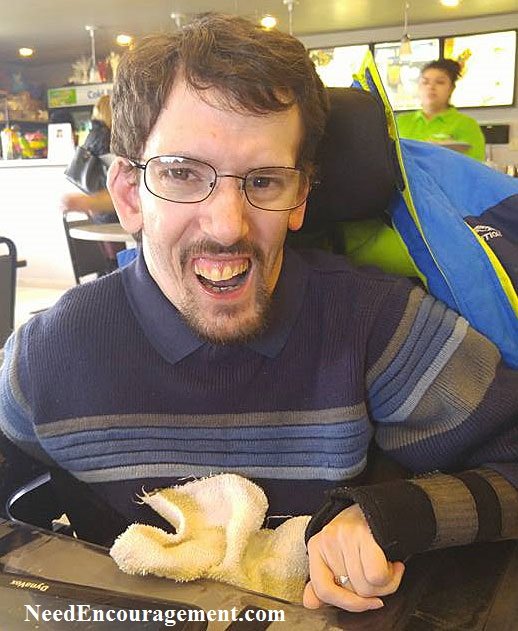 See that Ben Hersh has a big smile that goes with his big heart!

If you have a disability that you are dealing with, take an example from Ben Hersh, and determine what you can do and do it well and what you can not do, do not worry about it. That has been Ben’s motto for as long as I have known him. God created us all “Differently-abled” to some degree or another! If you want to learn about a few particular people who learned to overcome a disability that they learned to live with, then read on!

I have been Ben’s caregiver for 7 1/2 years. The scripture that I think of when I think of Ben is Matthew 22:37-39 because Ben and I have talked about if, by chance that our roles in life were changed, and he was my caregiver, Ben always told me that he would take care of me like I take care of him. I know he means it because I treat Ben very well, and I know Ben well. ~ Bill Greguska

Put GO in Front of The Word DISABLED = GOD-IS-ABLED.

Adam Is In A Similar Situation To Ben Hersh!


Ben Hersh Was A Remarkable Man And A Good Friend!

I refer to people like Ben Hersh and all people with disabilities as “Differently-abled” because each person has been blessed with many other beautiful qualities! ~ Bill Greguska 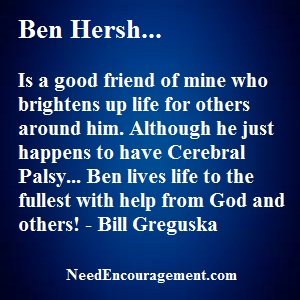 Ben Hersh had a beautiful family, and he has three volunteer jobs, has an excellent sense of humor, and has a huge heart for others!

Let me tell you a bit about Ben. I have experienced firsthand that Ben Hersh is indeed a fantastic man! Often, I think people with a disability like Ben would be better off referred to as “Differently-abled.” I am sure if you would ask them yourself. Being Ben’s caregiver for over seven years has been a blessing.  My friend Ben is a great guy who happens to have Cerebral Palsy, and in my humble judgment of character, Ben Hersh is a true champion.

Ben is a fantastic guy with an excellent outlook on life and has a super great sense of humor! Ben has become a terrific friend of mine, and I am a good friend of his while also being his caregiver! Without a doubt, Ben Hersh is “Differently-abled.” The world judges someone’s ability by how many points a man can score in an NBA basketball game or how many touchdowns a man can make in an NFL football game. But actual ability ought to be measured in one’s heart, not their stats. Ben Hersh does not have big impressive stats, but he has the heart of what I call a great man! ~ Bill Greguska

Being Jewish Was Very Important To Ben 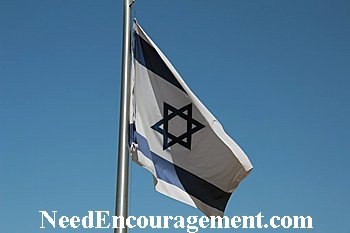 Ben Hersh has a desire to live a good Jewish life. We refer to God and the Old Testament when he and I talk.

Ben was proud of his Jewish faith. Although he has Cerebral Palsy, that did not stop him from living a good, productive life, as he learned to live with a disability he did not ask for. He and his family have a strong faith in God, which has helped them through some difficult times in their lives. Ben’s dad Herman has a strong faith and is very knowledgeable about the Bible, and he and his family live out their faith.

Ben used to create greeting cards on his computer since 2009. He sold his cards at St. Joseph’s Hospital and the Jewish home in Milwaukee, Wisconsin. Ben’s parents, Jolie and Herman, have encouraged him in his life and with his card business.

As long as I have known and worked with Ben, I have realized that Ben is impaired, yet he is hopeful! I would consider Ben disabled no more because Ben can do very much despite his disability.

Ben Is A Wonderful Person And A Good Friend!

It was also beautiful that Ben also donates a portion of the cards he makes to Milwaukee County jail inmates.

Ben has delivered mail at St. Joseph’s Hospital and the Jewish home for over seven years, besides making greeting cards.

Ben’s parents encouraged Ben to be productive and stay active; otherwise, he would not have seen and done as much as he has in his life that Ben already has done!

In Hersh Learned To Deal With A Disability!

Even though Ben has had Cerebral Palsy since birth, he sure makes his mark in his community. Back in 2009, his mother had the idea of keeping Ben productive and creative simultaneously, which has been an excellent thing for him and the others he serves faithfully!

Ben is now is 33 years old and was born with Cerebral Palsy. He can not walk or talk, but he has a personal Dynovox computer that enables him to communicate with a hand-held probe. Ben was blessed to have his Dynovox Computer, his connection to the world!


Ben has learned to make the most of what he has, which has given him the ability to have a good life with the help of his devoted parents, dedicated caregivers, plus Independence First and IRIS programs to help meet some of his basic needs. 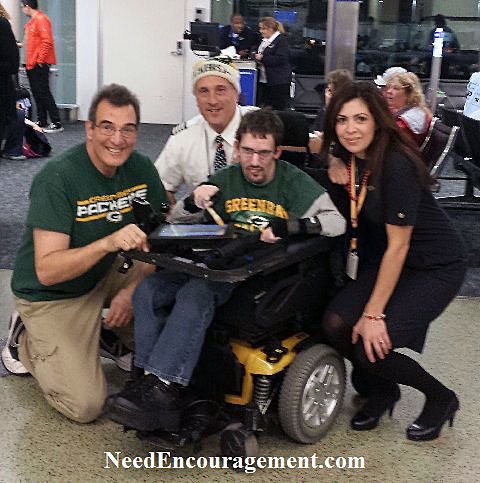 Ben always enjoyed laughing, and I enjoyed his contagious smile and laughter. Overall, Ben did not complain too much, except at times about his feeding tube, but Ben was a very cheerful young man. He was like a son to me besides being a good friend.

He enjoyed it when I called him a thinking man, which stuck with him as a nickname. Ben worked delivering newspapers at St. Luke’s hospital for 4 1/2 years, plus he worked at the Jewish home for even more than that. He made greeting cards at home on his computer, and he loved to watch YouTube and talk on his Dynovox talking machine.

He Loved His Parents, Herman And Jolie, Very Much!

His two sisters, Claira and Slyvia, his brother Murray and his niece and nephew. Ben enjoyed attending synagogue as often as he could.

I went camping with Ben the year before last up near the Dells. I got to understand Ben. He loved to go to the airport with me. He also really liked pilots and airline flight attendants, not to mention police and firefighters and paramedics. He was a super big Batman fan, plus other superheroes in general.

Ben Was Interested In Helping Young Children Who Were In Foster Care.

Ben had a huge heart and loved life even though he was so limited physically, but at the same time, Ben was brilliant and knew what he liked and did not like. I always tried to coach him to speak up for himself because I wanted him to be empowered to make decisions that would positively affect his life.

Before Ben had a tube feeder put in a couple of years ago, I used to love to make food for him and blend it with the blending machine, I used to put terrific foods like fruits, vegetables, meats, peanut butter, juice, ice cream, avocados, etc. and Ben loved it! We always enjoyed our time together, doing whatever we were doing! 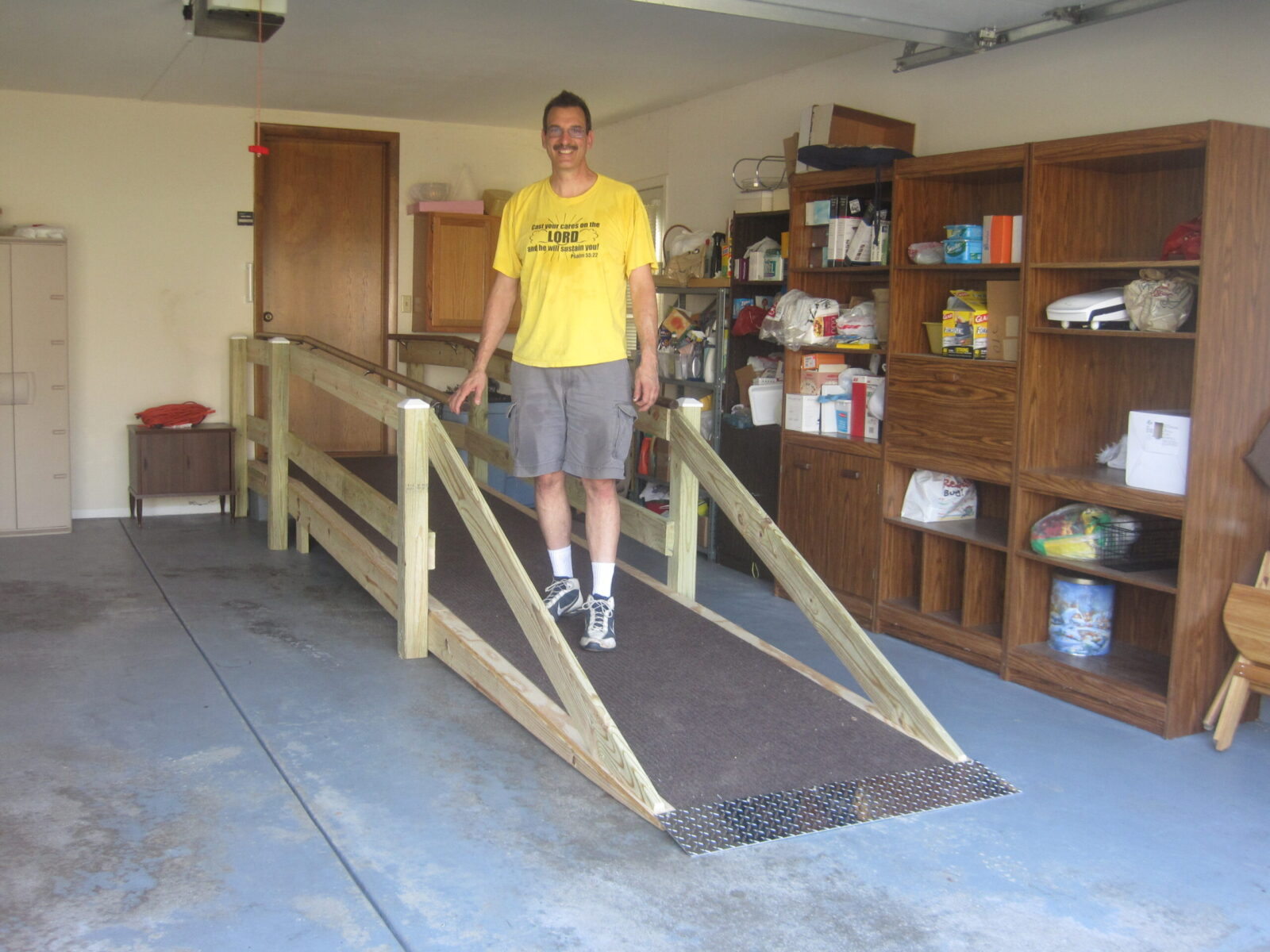 We got to know each other very well. He loved to come to my house, which has a wheelchair ramp (which was my mom’s), to get inside to watch YouTube on my computer screen and hang out with the guinea pigs and me.

I believe that God blesses us with certain people in our lives that become close to us. There is no set number of how many people, but I know that Ben was one of them in my life! I will miss Ben a great deal and many others, especially his family, caregivers, neighbors, and friends.

The bottom line is Ben was a very likable, friendly, intelligent, and lovable man who loved others and made it through his life without much complaining at all, something we all can learn from Ben! May he rest in peace! ~ Bill Greguska

Ben, Being In A Wheelchair, Became Dependent On Using Ramps! He began delivering mail and newspaper as a volunteer at St. Joseph’s and St. Luke’s Hospital and the Jewish home care center in Milwaukee, Wisconsin.

Ben has used his abilities to create greeting cards that he sells and gives away. He has accomplished a great deal with encouragement from his mother, father, and others.

Ben said, “I like to help people get their US mail, making them happy.”

I was happy to build wheelchair ramps for ten years in Faith Indeed’s ministry. I built a small ramp inside Ben’s house to allow him to get in and out easily, plus other things. ~ Bill Greguska 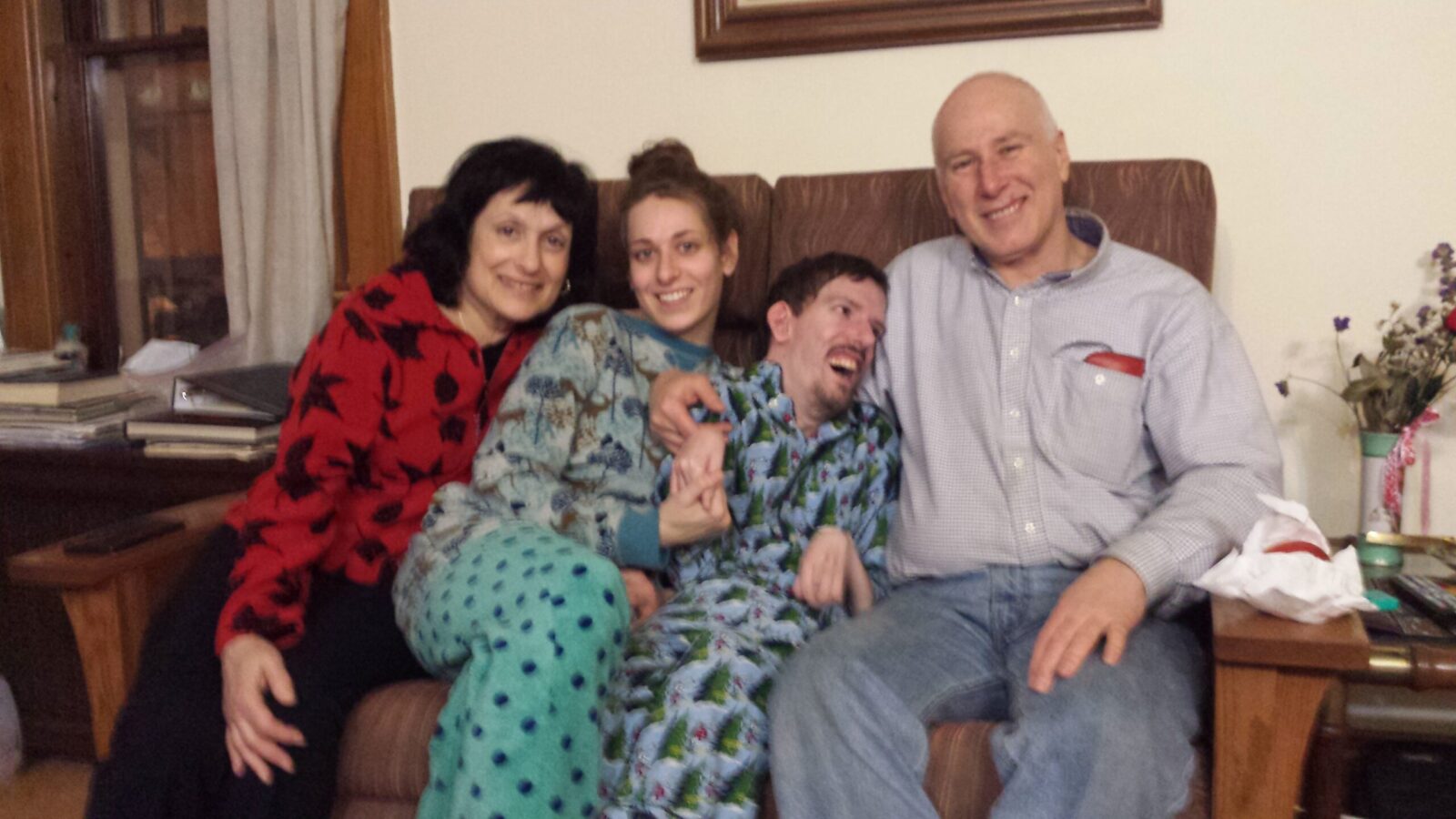 Ben is my friend, and I am his caregiver; and it is incredible how he has overcome his disability.

Ben has an excellent sense of humor and a great outlook on life. He is a thinking man, and he has a lot of ambition to attempt more than most people I know would attempt.

Ben loves his family a great deal, and I would consider the family one of his highest priorities in life!

Photo of Mom, Sylvia, Ben, and Herman in the living room with family time before bed. The Hersh family is very close and shares a lot of love with Ben! Being Ben’s caregiver was a blessing to me in many ways; I was grafted into the family, and Ben and I were very close!

Sure, There Are Some Things Ben Could Not Do For Himself! 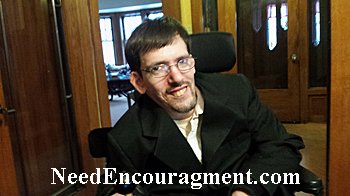 Ben Hersh is a thinking man! Ben Dressed In His Favorite Suit Coat!

But that is where God comes into the picture by providing wonderful, loving parents, Herman and Jolie Hersh, brother Murray, two sisters – Clara and Sylvia – and dedicated caregivers and relatives, and friends.

Ben (like many of us) loves watching comedy videos, spending time with family, shopping for comedy videos at Goodwill, surfing the Internet, helping others, and enjoying a good meal with family or a friend.

One of Ben’s favorite things to say is, “Are you a thinking man?” For Ben, the answer is yes. He is a thinking man, a knowledgeable and caring man!

Looking at Ben and his life, you can see why I titled this story, “Being disabled has NOT stopped Ben Hersh from living a good, productive life.”

With support, encouragement, and God, Ben Hersh has victory over Cerebral Palsy and has learned to deal with a disability that Ben never asked for, yet God has been faithful to this man I call my friend!