Who Is The King Of Kings?

Who is the King of Kings, to me is a straightforward question, without a doubt, it would be Jesus Christ. Here are some encouraging scriptures about Jesus.

Please contact us if you have any questions or comments, or would just like some encouragement?
If someone would ask me, “Who is the greatest?” I could think of who is the greatest basketball player ever? Or who is the best actor ever? But when someone asks me, “Who is the King of Kings?” there is no question, that the answer is Jesus Christ, my Lord and Savior, the King of Kings, and Lord of Lords! ~ Bill Greguska
1 Timothy 6:15-16which God will bring about in his own time—God, the blessed and only Ruler, the King of kings and Lord of lords,  who alone is immortal and who lives in unapproachable light, whom no one has seen or can see. To him be honor and might forever. Amen.

Who Is The King Of Kings? Watch This Video To Learn More!

What does the Open Bible say about the King of Kings?


What does Biblegateway say about the King of Kings?

Who Is The King Of Kings?

Is Jesus The King Of Kings?

He is either a liar, a lunatic, or Lord, and God. You must make a choice.

“But,” as the apostle, John wrote, “these have been written that you may believe that Jesus is the Christ, the Son of God, and” ‑ more important ‑ “that believing you might have life in His name” (John 20:31).
The evidence is apparently in favor of Jesus as Lord. Some people, however, reject this clear evidence because of the moral implications involved. They don’t want to face up to the responsibility or impact of calling Him Lord.
By Josh McDowell edited by Bill Greguska

Next: Would You Like To Know God More Personally?

Learn About Who Is Jesus Christ The King Of Kings! 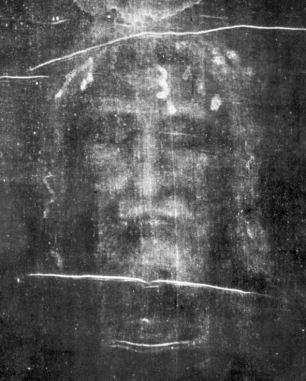 Shroud of Turin shows the image of Jesus Christ on the burial cloth.

The Bible says God is:

Understanding these attributes helps build a proper foundation for our need for Him.

A Special Link for a Little Extra Encouragement

Who Is Jesus Christ To You? 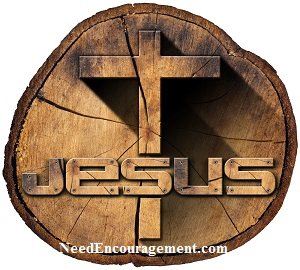 If you want to get to know Jesus, start with praying, reading His Word, fellowshipping with other believers!

Jesus is my friend who showed me the way when it seemed I had no friends. He has picked me up when I have fallen, and he has given me many second chances in life. He is my God, my Father, my Lord, and my Savior.
He has been my Teacher, my Protector, Provider, Sustainer, Redeemer, Judge,  Physician, Companion, plus many other excellent characteristics and qualities that Jesus Christ represents Himself to me.
Jesus Christ is my Lord and Savior, and He is my refuge and my strength, He is so patient with me and loves me for who I am, a sinner saved by His grace! ~Bill Greguska

Was Jesus A Lunatic?

If it is inconceivable for Jesus to be a liar, then couldn’t He have thought Himself to be God, but been mistaken? After all, it’s possible to be both sincere and wrong.
But we must remember that for someone to think himself, God, especially in a fiercely monotheistic culture, and then to tell others that their eternal destiny depended on believing in him, is no light flight of fantasy but the thoughts of a lunatic in the fullest sense.
Was Jesus Christ, such a person?

I cannot personally conclude that Jesus was a liar or a lunatic. The only other alternative is that He was the Christ, the Son of God, as He claimed.
When I discuss this with most Jewish people, it’s interesting how they respond. They usually tell me that Jesus was a moral, upright, religious leader, a good man, or some prophet. I then share with them the claims Jesus made about Himself and then this material on the trilemma (liar, lunatic, or Lord).

When I ask if they believe Jesus was a liar, there is a sharp “No!” Then I ask, “Do you believe He was a lunatic?” The reply is, “Of course not.” “Do you believe He is God?” Before I can get a breath in edgewise, there is a resounding, “Absolutely not.”
One has only so many choices. The issue with these three alternatives is not, which is possible, for it is evident that all three are possible. Instead, the question is, “Which is more probable?” Who you decide Jesus Christ is must not be an idle intellectual exercise. You cannot put Him on the shelf as a great moral teacher. That is not a valid option.

Was He The King Of Kings, Or Just A Good Man?

Was Jesus A Fool? Or Was He The King Of Kings?


Last, He would also be a fool because it was His claims to being God that led to His crucifixion. Many will say that Jesus was a good moral teacher. Let’s be realistic. How could He be a great moral teacher and knowingly mislead people at the most crucial point of His teaching — His own identity?
You would have to conclude logically that He was a deliberate liar. This view of Jesus, however, doesn’t coincide with what we know either of Him or the results of His life and teachings.
Wherever Jesus has been proclaimed; lives have been changed for the good, nations have changed for the better, thieves are made honest, alcoholics are cured, hateful individuals become channels of love, unjust persons become just.

My faith in God grew when I learned about the miracles the Lord did. Here just nine of the many miracles he performed for the 33 years while here on earth.

Who Is The Greatest? Jesus Christ!

Most people know that Jesus was a man who lived in Israel about 2000 years ago. Every religion in the world views Jesus as a good teacher or a prophet. And while those things are most definitely sure of Jesus, they do not explain who Jesus indeed is, and they do not explain how or why Jesus saves. Jesus is God in human form John 1:1, 14. Jesus is God come to Earth as an actual human being 1 John 4:2. God became a human being, in the person of Jesus, to save us.